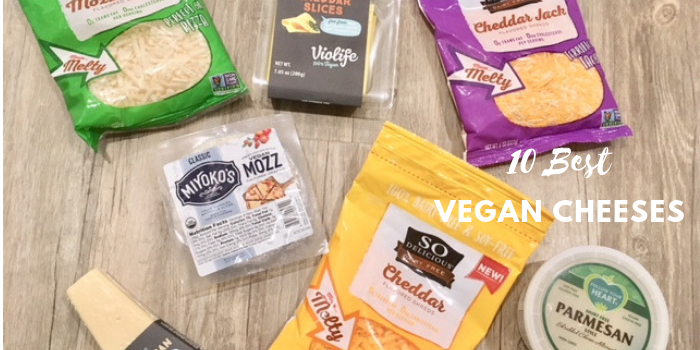 This post may contain links that compensate me. Please read the disclosure.

I’ve been dairy-free for nearly 10 years and I’ve tried pretty much every vegan and dairy-free cheese on the market. It took years to narrow down the best vegan cheeses, that taste closest to real cheese, as I was a cheese lover before having to go dairy-free.

Not only is flavor important in a good vegan cheese, but also the cleanest ingredients. I’ve managed to find the best vegan cheeses without GMOs and artificial flavors or colors.

Miyoko’s Kitchen vegan Mozz- Sold in 8 ounce packages this ball of vegan mozzarella can be sliced or shredded. It melts just like real cheese and has the closest taste to real mozzarella. It does come with a price, it sells for $8-$10.

So Delicious shredded vegan mozzarella– This So Delicious tastes close to real mozzarella and is handy for adding to homemade pizza or pasta dishes.

Violife vegan mature cheddar slices: You could sneak this vegan cheese onto the plate of any non-vegan and I’d bet they wouldn’t know this was vegan cheddar cheese. This is a newer product and since trying, I’m hooked.

Violife vegan parmesan cheese: Non-GMO certified and sold in a large 5.29 oz. package, this vegan parmesan shreds nicely, or you could grate it finely to top pasta dishes with.

Follow Your Heart Dairy-free Parmesan Style shredded cheese: I’ve served this pre-shredded vegan parmesan to many non-vegans and they are none the wiser that they had vegan cheese.

Kite Hill vegan cream cheese: I was thrilled when Kite Hill came out with a almond-based cream cheese, as every other vegan cream cheese on the market was filled with gmos and other bad ingredients. Available in plain or garlic and chive, I’ve used this in frostings, pasta and more.

Annie’s organic vegan cheddar flavor macaroni and cheese: I searched for years for a good vegan mac and cheese and failed. Finally, Annie’s recently released their cheddar flavored vegan macaroni and cheese, and my dairy- eating husband says it tastes really close to Kraft macaroni. They also have gluten-free noodles as an option and I love that they’re certified organic. Whatever you do, stay away from Annie’s sweet potato and pumpkin flavor, it tastes nothing like real cheese.

Daiya vegan Cheddar Cheeze Sauce: This cheese packets are perfect for adding to pasta or on nachos.

What are your favorite vegan and non-dairy cheeses?

As an Amazon Associate I earn from qualifying purchases.
Search for Deals and Coupons 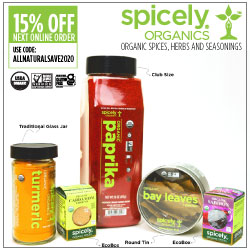 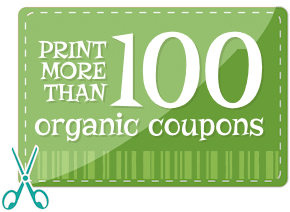 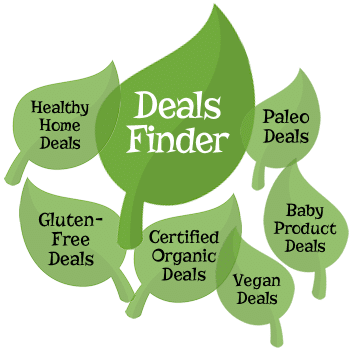