You are here:
This post may contain links that compensate me. Please read the disclosure. 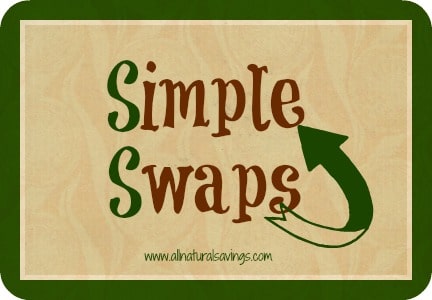 If you’re buying fish solely based on the cheaper price, you’re likely unknowingly purchasing farm-raised fish.  While it may be cheaper in some cases, it carries major health risks compared to purchasing wild-caught fish.

Why?  Farm raised fish are fish raised in an enclosed space such as a tank or an enclosed pen in a pond, lake or ocean.  Because of their tight living quarters, diseases are common.  Antibiotics are often used on these fish to try to control the diseases.  In fact, farm fish tend to be so diseased that if one escapes, it can often wipe out a whole population of wild fish. These fish are also fed an unnatural diet high in gmo foods and pesticide laden fishmeal.   As we know, what goes into the food we eat, goes into us when we eat it. 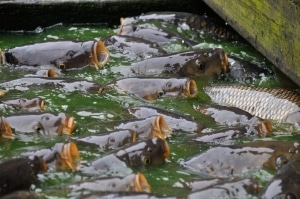 Even worse, GMO fish (aka Frankenfish) may soon be hitting stores.  That’s right, there are fish that have had their DNA altered to allow them to grow faster (ie faster profits for fish farmers).  Approval is still under review with the FDA, but it’s likely to be approved given the history of our government and GMOs.  Stores like Whole Foods, Trader Joe’s and Aldi have already pledged not to sell gmo fish given the health threat it will cause.

Wild-caught fish are just that.  They are captured in their natural environment. and have been raised on a natural diet.  Diseases are uncommon and they have not been treated with antibiotics or fed gmo or pesticide treated fishmeal.  There is the concern of mercury in both farm raised and wild-caught fish so stick with low mercury fishes such as anchovies, catfish, clams, crab, flounder, herring, oysters, salmon, sardines, scallops, shrimp, tilapia and whitefish.  Avoid fish with the highest mercury levels such as orange roughy, shark and swordfish. 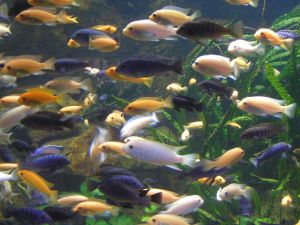 Swapping frugally: If you eat fish regularly, a membership to Costco may be beneficial as they offer a decent variety of wild-caught fish.  For the occasional purchase, keep an eye out for sales at chains like Hiller’s, Whole Foods and Busch’s, as they often run sales on their wild-caught fish.  Trader Joe’s has a good selection of fish and sells it at a discounted price compared to other stores.  Frozen will tend to run cheaper than fresh.  If you live near lakes or an ocean, find a local fisherman that sells direct for cheaper prices.